Willi: “I am trying to understand your base premise, that comic book / film characters are to be elevated to the status of, say, a Campbellian Hero. There is a wide gulf in quality in my opinion… The pop icons and their “transient entertainment value” to me seem fail to address “the deepest longings, hopes, desires and fears of humanity?” Does a fun movie = myth? Rarely. Help?”

Daniel: “You have, of course, a valid point about the gulf in quality. And I certainly didn’t mean that all movies and pop culture reach the level of ancient myths. But some of them, in my own opinion, nearly do.  And I also believe that the better films, literature and comics are what we have to work with at this point as far as our young people are concerned.  A man like you may study ancient mythology in depth but, realistically, most young people these days don’t. But they’re missing out because there’s a wealth of wisdom to be found there, as you know very well. Since young readers are my target audience, and since they’re going to go ahead and consume these stories and pop culture anyway, I think it’s beneficial for them to be able to have other ways of interpreting and approaching these works as something potentially other than just entertainment.”

Popmythology.com is a blog and sales site written and produced by Daniel Jun Kim. I know of his work via our shared membership at the Mythology Group at LinkedIn.com. I am interested in his vision of mythology and how his values relate to openmythsource.com and newmythologist.com, where I publish my work.

Daniel lays-out his foundation for the power of media-supported myths with the following objectives and presuppositions:

OBJECTIVES OF THE SITE:

1.  To explore and identify themes, ideas and principles in works of pop culture (books, movies, graphic novels and video games) that are of the same timeless wisdom as those from the ancient mythology of all cultures, and to do so in a plain-spoken way.

2.  To then suggest ways to apply and practice these principles to empower and better oneself in daily life.

3.  To reintegrate mythology with the areas of story and religion, psychology and philosophy that, throughout history, have become over-segmented, compartmentalized and intellectualized and to return to their true purpose which is not mere academic rigmarole but the practical enhancement of life.

4.  To offer a radically alternative, non-religious, non-dogmatic mode of spirituality via the language and imagery of pop culture for the reason that the latter is a far more identifiable system of semantics than outdated traditions.

5.  In failing all of the above, to be, at the very least, an interesting and entertaining diversion.

The writing in this site all shares certain basic presuppositions:

A. That mythology expresses all of the deepest longings, hopes, desires and fears of humanity.

B. It not only expresses the above but offers the solutions to them.

C. Before the academic labels of “religion,” “literature” and “psychology” even existed, myth existed to simultaneously fulfill the purpose of all of these.

D. Though not usually consciously recognized by the majority of the pop-culture consuming community, pop culture is myth in modern form.

E.  Therefore, if myth is religion, literature and psychology all rolled into one, so is pop culture and it can be treated as such. 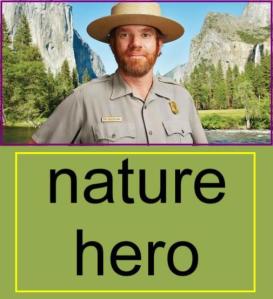 To compare and contrast our approaches to the power of myth, I will investigate three key subjects from my research:

The sacred, Nature as Living Theater and the Community Building with Myth.

Sacred is a necessary element in the New Mythology

Ben Law: “LIFE, being alive every day on this incredibly beautiful planet. I don’t take it for granted; I am not relying on coming back. Sitting on my veranda watching a thunderstorm erupt on a humid summers evening and smelling the woodland soil as the rain hammers the parched ground and the sweet scent of jasmine cutting through, add a glass of wine and a beautiful woman – its getting sacred now.”

It could be that sacred is an element in Mr. Kim’s work. Mythology is in a highly volatile state of affairs right now, with opinions flying! He alludes to spiritual, religious and the deepest longings, hopes, desires and fears of humanity in his foundations. My main question is how Superman, Thor and the other Heroes of popmythology.com build and transmute sacredness for their own actions and the planet they serve. Does sacredness weave with spirituality? I understand these are connected but separate.

Nature is the Living Theatre for Myth Exploration and Creation

“The Green Man shows his face today at Fairy, Green Man and May Day festivals around the world. There we celebrate the natural world, the fecundity of all life and humanity’s connection to the Earth. We can personally celebrate the Green Man all year round by planting community gardens, planting bulbs in our home in the winter, maintaining a window box or building a shrine to the Green Man in our yard. You only need a few pieces of wood, leaves and twine to make a stick figure to bring the Green man into your life.”

In the New Mythology, Nature is the alchemy lab or stage to explore global issues such as pollution, weather changes and sustainability. To an extent, science is part of our appreciation of Nature, but when is science when the sacred with integrated into the Nature. How does Daniel’s implementation of religion, literature and psychology address the role of Nature in new myths? A key question.

“My late 2012 paper, entitled “Journey to Cascadia: Building a New Global Mythology. For 2012 Study of Myth Symposium Work Shop” is grounded in the alchemies from the post-1960’s: anti-war, eco-friendly, Occupy – and in the present Apocalyptic Era (see New Global Mythology Model (version 1.0). Key to this journey is that I do not give much (if any) power to biblical or classical myths, acknowledging some symbols and conflicts. Cascadia is the result of the the global ecological disaster that is now underway: water shortages, war for oil, toxic seeds and greed at all levels in society. The primary vision underpinning my 37 new myths is that a post-apocalyptic survival awaits us and we need to be prepared. We desperately need new triggers and heroes to undertake community initiations and journeys to start the chapter of eco-human!”

OK, that’s good vibe but not very realistic. Fictional heros based on Marvell comic book characters in poster form may have more stick ‘em on the wall than in our actions. I would argue that we need to build a new community mythos that writes new poems, songs and stories as we localize our economies for community resilience. The idea that individual people or characters can still “save us” is no longer viable.

One of the ironies in promoting media- driven pop mythology is that it is disposable (hence the sequel) and destined to fade quickly. There are too many sites, downloads and texts to sustain the Hollywood hero.

Daniel wrote in the email introduction: “A man like you may study ancient mythology in depth but, realistically, most young people these days don’t.” I do not support the classic myths and this has been controversial for some folks in this community. We need new myths.

(Our task is) “to return (myths) to their true purpose which is not mere academic rigmarole but the practical enhancement of life.”