In 2015, Northern CA, Oregon & Washington seceded from the United States of America in a sacred coup d’état fueled by a feverish localism bent, new agriculture values and Transition spirits. That same year the new Union, called Cascadia, created a network for the protection of non-GMO seeds and other food sources, using decommissioned bomb shelters, root cellars and other protected underground spaces. Only a select few saw the coast to coast civil war with Monsanto Corp. ripping through the rest of the country the following year. 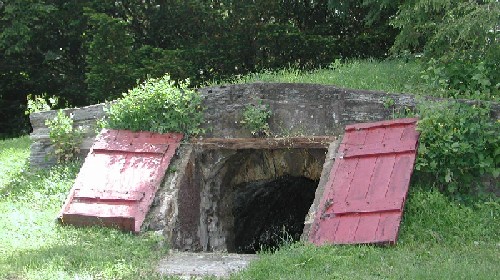 A fallout shelter is an enclosed space specially designed to protect occupants from radioactive debris or fallout resulting from a nuclear explosion. Many such shelters were constructed as civil defense measures during the Cold War. During a nuclear explosion, matter vaporized in the resulting fireball is exposed to neutrons from the explosion, absorbs them, and becomes radioactive. Although many shelters still exist, many even being used as museums, virtually all fallout shelters have been decommissioned since the fall of the Soviet Union in 1991. 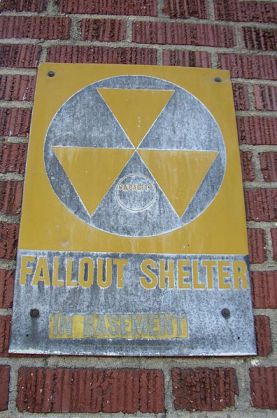 The physical locations of the seed depositories are closely aligned with the camps that connect the Cascadia regional Light network. This way, most rest stops for messengers and travelers at these sanctuaries can facilitate seed sharing. As they say in permaculture: integrate.

Razor’s seed cellar is just off HW 101 a few miles from the former NorCal coast town of Half Moon Bay, which was washed away in the unprecedented 2013 Pacific tsunami.  Because the former barn had a lower – or sub grade – milking chamber for dairy cows, protecting the Cascadia seed heritage from toxic winds or corporate thuds was as easy as clearing away the upper stories and reusing the beams for a covered chamber. Razor was able to incorporate some old windows into the space as skylights but was careful to add steel bars. 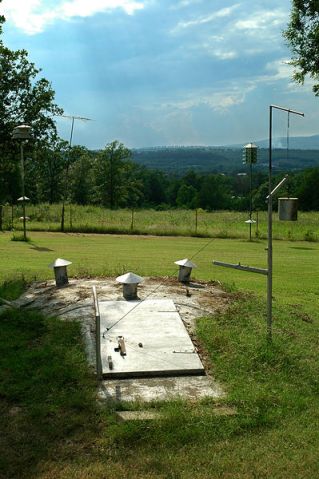 In the last two decades, the majority of the world’s family-owned seed companies have been bought out by multinationals such as the Monsanto and Novartis corporations. These companies are not interested in creating sustainable food systems and communities. They are busy replacing carefully bred strains of vegetables and flowers with their own hybrids and patented varieties. We’ve got to engage with traditional agricultural knowledge, and work to anticipate the needs of future generations.

Vegetables seeds typically saved and traded in the network include:

Razor puts his seeds where his hoop tents are! While he can sprout many varieties in his cellar, other plants need to begin their journey as pollen and egg, above ground, with some sun and the protection of his .22.